The Wollman Rink NYC Artist Project features a selected group of five artists comprised of muralists, graffiti writers, and street artists coming from a multiplicity of backgrounds and each representing a borough of New York City.

The series of works by these five artists speaks to the importance of highlighting diverse, artistic voices and develops Wollman Rink NYC into both a recreational space and location to enjoy art and culture where all are welcome. All artworks are authentic and representative of the artists and their diverse backgrounds that will contribute to true New York storytelling.

Guests will be able to enjoy the in-person art experience produced at key locations within Wollman Rink NYC in the heart of Central Park. 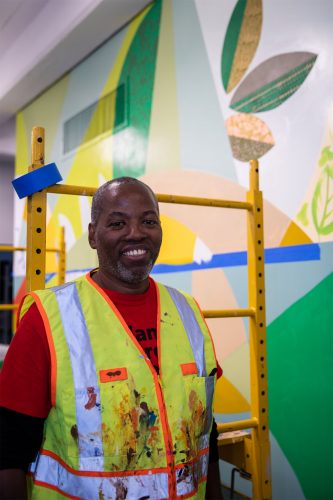 Born 1968 as Fernando Carlo, Jr. in New York City. Cope 2’s paintings have been exhibited in solo and group exhibitions in galleries and museums throughout the United States and internationally. He is a self-taught artist who is a celebrated legend contributing over 35+ years to the graffiti and street art culture. One of New York City’s most prolific graffiti artists, he began tagging his name in the South Bronx in 1978. He developed his style painting his name cope2 on the NYC subways and streets of the Bronx creating graffiti productions and murals throughout the 1980’s and 1990’s and even today achieving international recognition for his distinctive authentic raw style.

In recent years Cope2 has been commissioned by Time Magazine, Converse, Adidas among others. His work has even crossed into the virtual realm with appearances in video games such as Mark Eckos: Getting up and Rockstar Games: Grand Theft Auto IV.

Today, you can catch Cope 2 in the studio painting, bringing his raw energy into abstract expressionist style masterpieces, intertwined with his trademark bubble letters and tags on canvases. Cope2 crosses between artworld, mainstream and street culture alike. 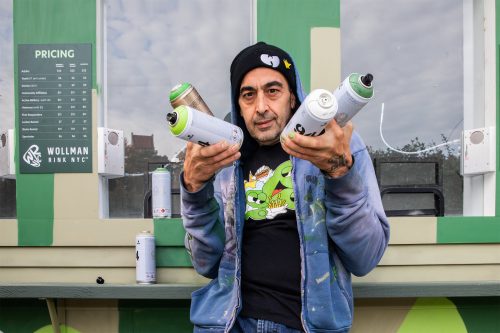 Kwue Molly grew up in Staten Island, New York City. He picked up art at an early age and eventually took on all other elements of hip-hop. For the past two decades, he has been involved in numerous music and art projects, both commercial and underground. Most notably working with Ghostface Killah on the Pretty Tony and Fishscale/More Fish album; also participating in 2011 HOWL Festival in NYC, Art Basel in Miami in 2013, 1st Place in the Ink Monstr Sitcky Situation art event in NYC in 2013, and most recently painting live at the Governor’s Island 6th Annual Beach Party with Wu-Tang and the Lox performing.

Kwue Molly has been instrumental in changing the face of multiple neighborhoods on Staten Island. Always one to lend a hand, and help where he can, Kwue has painted numerous community murals with various themes for different businesses and foundations. He is also heavily involved with all the other street artists responsible for creating some of Staten Island’s most notable outdoor murals including the Pillz Killz wall. By now, he has established himself as one of the most recognized artists on Staten Island while working alongside other major New York City artists and has been showing his art all over the country and overseas. 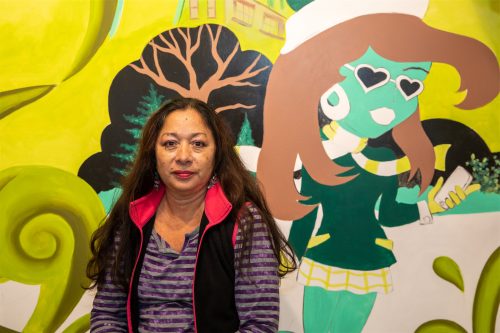 Lady Pink was born in Ecuador, raised in NYC and currently resides in the countryside north of the city. In 1979 she started writing graffiti and soon was well known as the only female capable of competing with the boys in the graffiti subculture. Pink painted subway trains from the years 1979-1985. In 1982 she had a starring role the motion picture “Wild Style”. That role and her other significant contributions to graffiti have made her a cult figure in the hip-hop subculture.

While still in high school she was already exhibiting paintings in art galleries, and at the age of 21 had her first solo show at the Moore College of Art. As a leading participant in the rise of graffiti-based art, Lady Pink’s canvases have entered important art collections such as those of the Whitney Museum, the MET in New York City, the Brooklyn Museum and the Groningen Museum of Holland. She has established herself in the fine arts world, and her paintings are highly prized by collectors.

Today, Lady Pink continues to create new paintings on canvas that express her unique personal vision. She also shares her 30 years of experience with teens by holding mural workshops and actively lecturing to college students throughout the world. 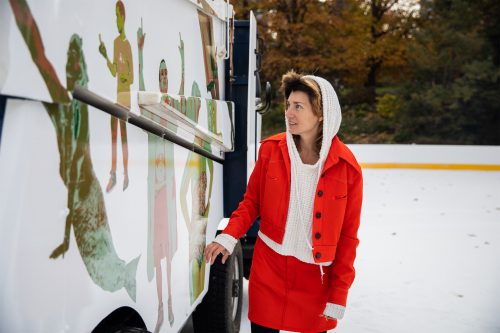 Z’s work in sculpture, performance, and installation has received awards from NYFA, the Pollock-Krasner Foundation, and the Joan Mitchell Foundation. She has exhibited at ArteBA, the Hudson Valley Center for Contemporary Art, and CAC New Orleans. Z has been artist-in-residence at Mana Contemporary, Pioneer Works, and MOCA Tucson. Her last solo show at Kai Matsumiya Gallery was covered by the Wall Street Journal, Artnet, and INTERVIEW Magazine. Her debut film, Geppetto, which she wrote, directed and starred in, has received support from Kodak, IFP and the Venice Biennale.

A graduate of Wesleyan University (2007), Z is a founding member of the filmmaking collective Court 13. She worked as an artist on Benh Zeitlin’s “Beasts of the Southern Wild” and “Egg.” Z has acted in films by Ray Tintori (Jettison Your Loved Ones), Kentucker Audley (Open Five 2) and Cary Fukunaga’s “Go Forth America.” She has Production Designed Music Videos for MGMT and Chairlift (Time to Pretend, Electric Feel, Evident Utensil).